|| Walk in Interview for engagement of JPF for Population Education Project 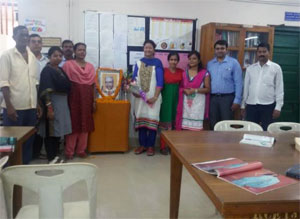 The registrations of students of all courses for library cards were done in the beginning of session 2016-17. Total 870 numbers of students were registered. Orientation classes for the fresher’s were also conducted. They were informed about the system of arrangement of books in the stack room. The general rules about the library were also explained to them. Student’s of M. Ed and M.Phil were registered with INFLIBNET(N-LIST) to access the e-resources according to their need.

The Institute library observed librarian’s day on 12th August 2016 in the memory of Dr.S.R. Ranganathan, father of library science in India. The programme started with garlanding the photograph of Dr. Ranganathan by our esteemed Principal, Dr. K. B. Rath along with Dean of instructions, AO and Prof. Manasi Goswami. Students also participated in the programme where we enlightened on the contribution of Dr. Ranganathan in the development of library and library science education in India and how that great soul changed the scenario of library not only in India but also abroad. The main aim of the programmed was to offer words of gratitude to the great soul who transformed the librarian’s from a mere book keeper to information scientists as well as made the user use the document of his need without wasting his valuable time. All the dignitaries shared their views about library and the programme ended with the aspiration of welcoming new ideas and thought to provide better user service and qualitative growth of library and library staffs. 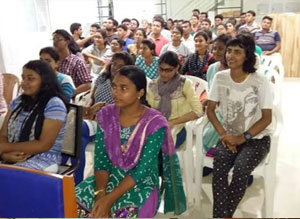 Our beloved Prime Minister Mr. Narendra Modi in order to commemorate the life of freedom fighters and their freedom struggle during the freedom movement announced observing 70th Independence Day over a fortnight under the banner “Azaadi 70,Yaad Karo Qurbani “, which started from 9th August to 23rd August 2016. On this occasion the institute library displayed several books on freedom fighters and also arranged a quiz programme about the freedom fighters on 23rd August 2016 in the library premises. The programme was attended and inaugurated by our esteemed Principal, Dr. K.B. Rath along with Dean of instructions and Prof. Manasi Goswami, students as well as staffs participated in the programme in large numbers with great enthusiasm. The programme not only inculcated reading habits among the students but also enhanced the spirit of patriotism since they have got the chance to go through different books on freedom fighters in order to participate in the competition. With the end of the programme we received many positive feedbacks from our staffs as well as students to carry on with such activity in future. 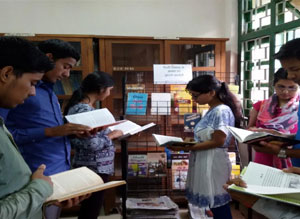 Different Hindi literature books were displayed during this fortnight in the library premises. Students also went through those displayed books in the library. Students who have participated in different activities during the pakhwada also issued many books. 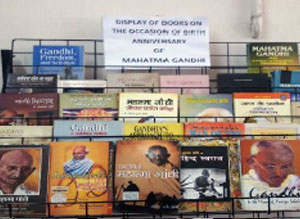 Books on Mahatma Gandhi were displayed in the institute library and students were also encouraged to go through those books. A number of students issued books on Gandhiji.

Cleanliness drive was also conducted in the library premises and its surroundings where many students and staffs participated. 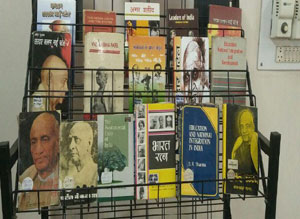 National unity day celebration is the brain child of our respected PM Sri Narendra Modi to observe the birth anniversary of the iron man of India Sardar Ballavbhai Patel. On the said day the institute library displayed many books about him. Students also read those books with great enthusiasm.